Flight Autonomy is expanded with an additional set of high-resolution stereo vision sensors placed at the rear in addition to the pair placed at the front as well as infrared sensing systems placed on the left and right sides. This network creates a total of 5-direction of obstacle sensing and 4-direction of obstacle avoidance, protecting the Phantom 4 Pro from more obstacles and giving filmmakers the confidence to capture more complex images. 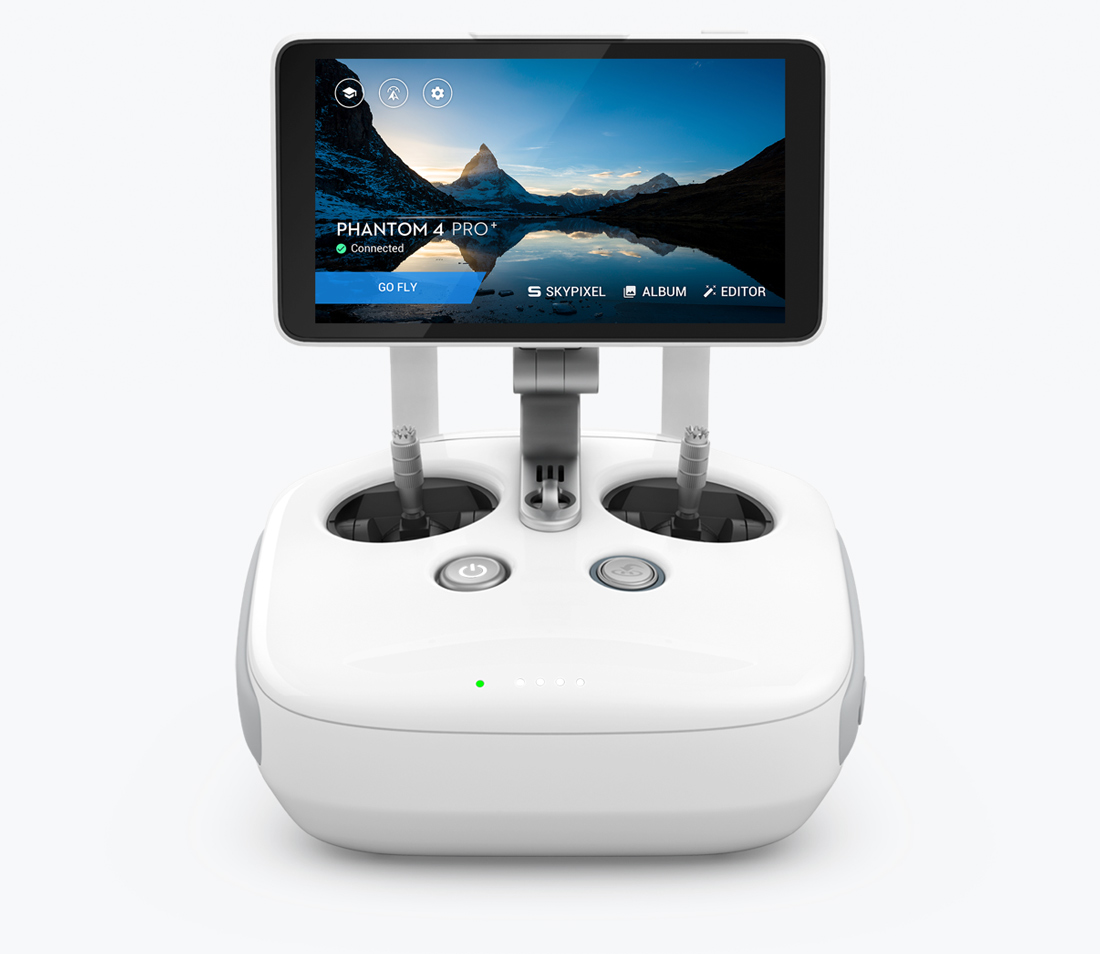 A 5.5in 1080p screen integrated with the Phantom 4 Pro + offers 1000 cd/m2 of brightness, more than twice as bright as conventional smart devices.As the DJI GO app is built into the screen, hardware and software can be fully optimized, allowing you to edit and share instantly. A five-hourbattery life makes the Phantom 4 Pro + a complete aerial imaging solution. The integrated upgraded Lightbridge HD video transmissionsystem supports dual frequencies for greater interference resistance and a maximum video transmission range of 4.3mi (7km)*. 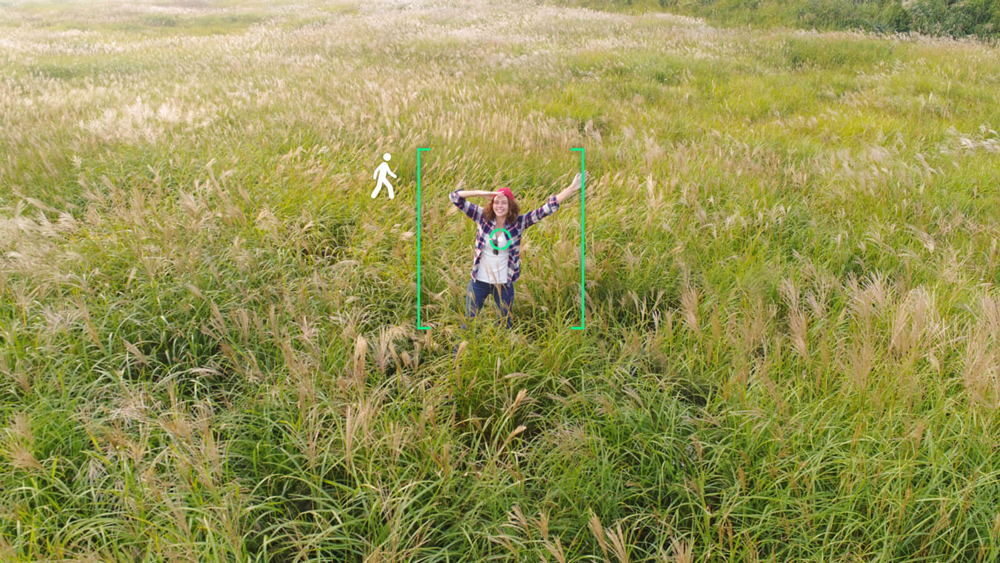 Using Gesture Mode, selfies can be captured easily using a few gestures without the remote controller. Advanced computer vision technology allows the Phantom 4 Pro to take instructions through gestures. The subject simply lifts their arms when facing the camera and the aircraft will recognize this movement by locking on and placing the subject in the center of the frame. When ready for a photo, the subject holds their arms out to signal the aircraft. A three second countdown will begin, making time to strike a pose, allowing moments to be captured without the remote control.

Draw is a brand new technology for waypoint control. Simply draw a route on screen and the Phantom 4 Pro will move in that direction while keeping its altitude locked. This allows the pilot to focus on camera control and enables more complex shots. There are two Draw modes that can be used in different scenarios.